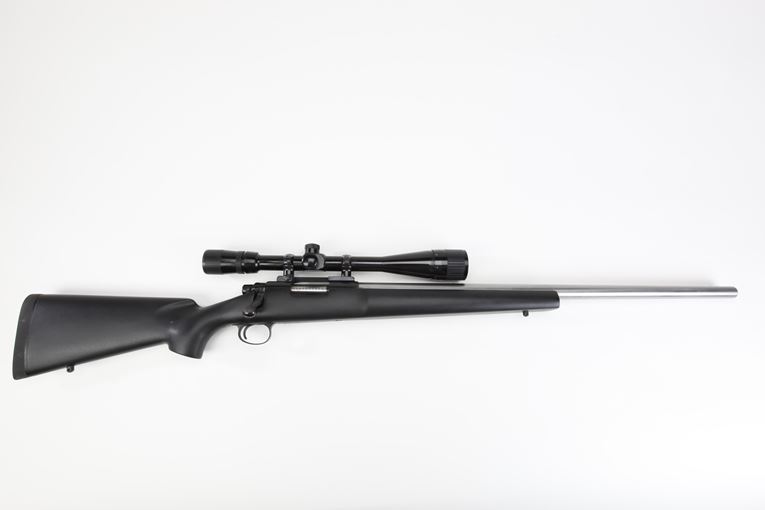 This rifle has a stainless-steel barrel and is equipped with a Bausch & Lomb scope. SN 056500B