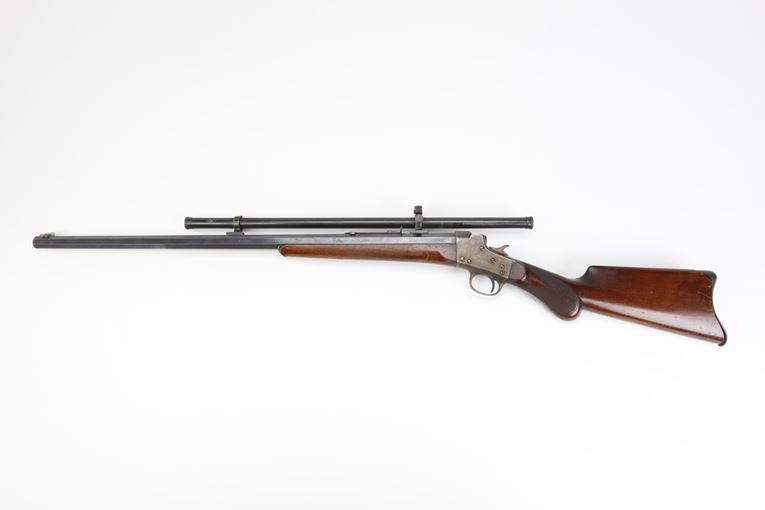 Designed by Lewis Hepburn, Remington's mechanical department superintendent, this rifle model incorporated a side-mounted lever that operates the breech. Patented in 1879, this model continued to be listed in Remington catalogs through 1907. It was offered in calibers ranging from .22 to .50-90.