Remington Model 3200 Over Under Shotgun 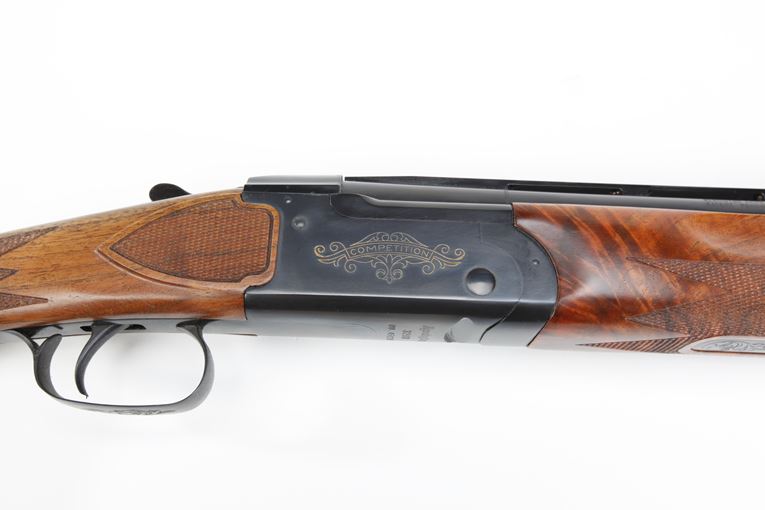 As with Remington's popular 1100 series shotguns, the now-discontinued 3200 was available in a variety of configurations. SN OV45018

As an over-and-under shotgun, the Remington 3200 originated in 1973. This completely new model proliferated into a large variety of types, gauges, etc. Basically, however, the same strategy was used by Remington for these shotguns as for their rifles. One set of machine tools produced everything. Again, this strategy enables a maker of mass-produced firearms to achieve great diversity. Unlike Henry Ford, who made his Model T fit all needs, current large-production gun manufacturers strive for variation in order to appeal to a larger market. Eventually, however, manufacturing costs always seemed to exceed selling prices, and models are discontinued. Such is now the case with the Model 3200. commerical marketing projections operate more accurately in a steady economy. The 3200 met with unsteadiness. --Dr. William L. Roberts, THE AMERICAN LIBERTY COLLECTION; #171