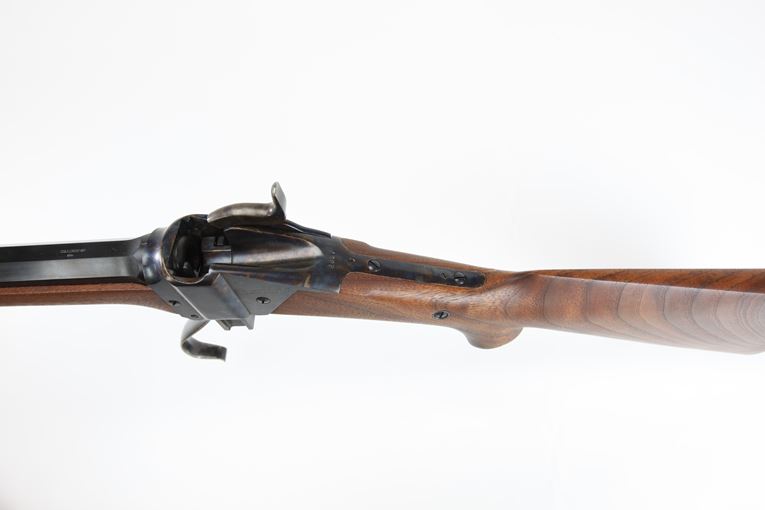 This re-creation of a classic breech-loading Plains buffalo rifle is popular with many black powder enthusiasts. Shiloh's manufacturing began in Farmingdale, NY but later moved to Big Timber, MT when the company was bought out. Many of the components used in this model are interchangeable with original Sharps parts.


Originally manufactured in Farmingdale, NY, Shiloh Sharps rifles are now built in Big Timber, MT. The original percussion and metallic cartridge reproductions built by Wolfgang Droege received favorable reception from re-enactors and target shooters seeking a modern equivalent of classic Sharps arms that could be fired with modern ammunition regularly. A variety of barrel lengths and calibers are cataloged by Shiloh for their many models of Sharps pattern carbines and rifles.