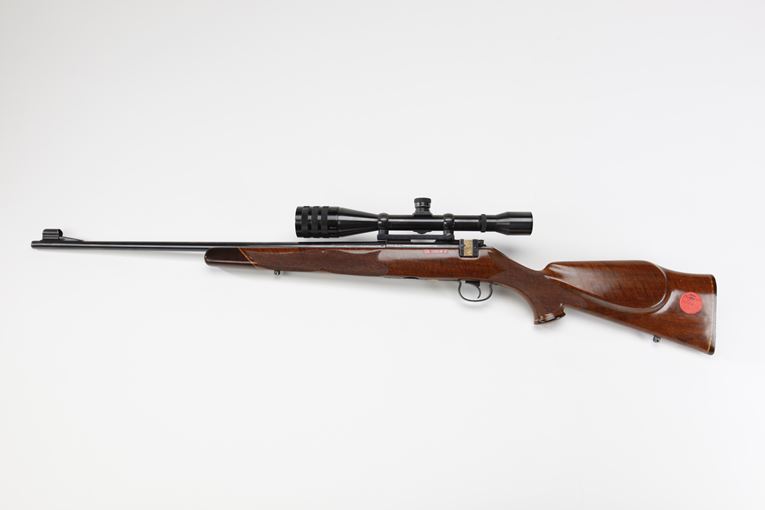 This rifle features gold inlay engravings of a jaguar and a squirrel on the trigger guard and magazine retaining plate. The stock has the scope elevation settings necessary for metallic silhouette competition marked on the side with Dymo tape. This was the personal smallbore hunting rifle of Mr. Engle, who was a noted big game hunter and a board member of the NRA Executive Council.