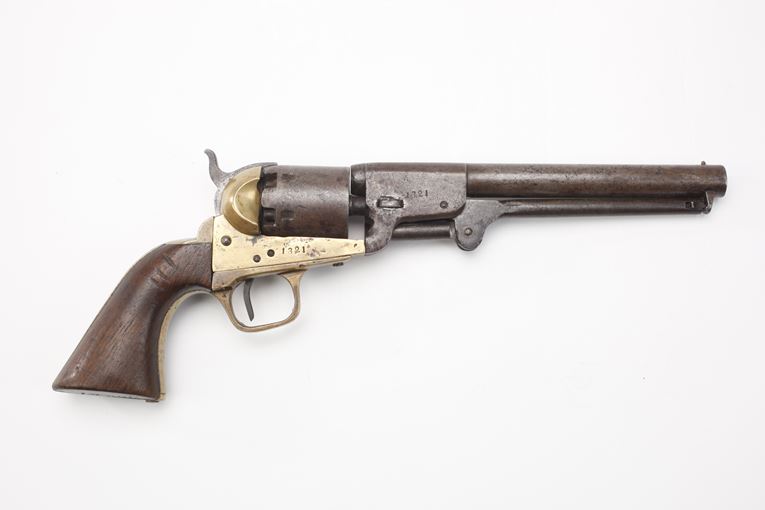 Griswold and Gunnison pistols were patterned after the Colt Model 1851 Navy revolver. Samuel Griswold, a transplanted Yankee, made more than 3,700 revolvers for the Confederacy. He initially produced infantry pikes, weapons which were obsolete long before the start of the war. He later received a contract to manufacture pistols, and his production was unrivaled by any other private Southern armsmaker. Griswold's factory was destroyed by Union troops in late 1864. SN 1321