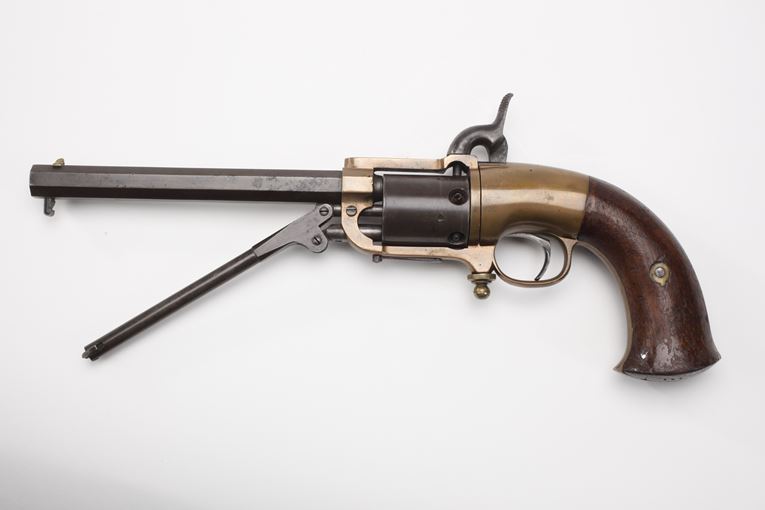 A special disc priming system fitted to this five-shot revolver speeded reloading. These pistols were originally made under a contract with the U.S. Army which called for the production of 2,280 revolvers, however, the contract was cancelled in 1862 after fewer than 650 had been manufactured. SN 199