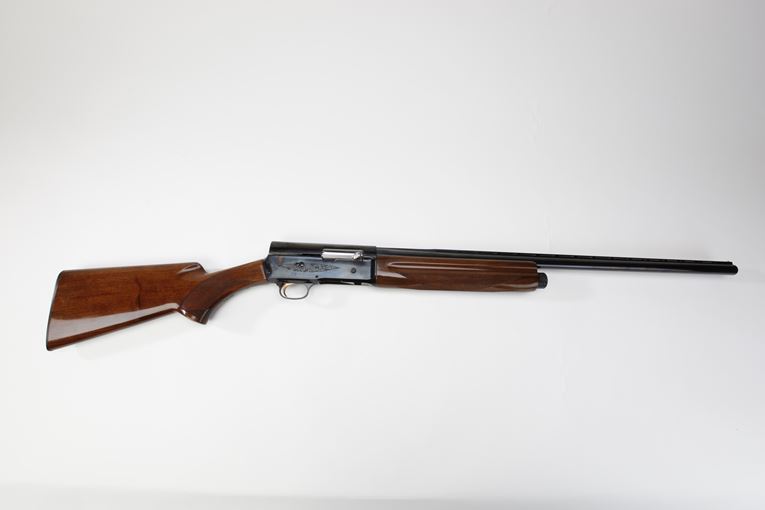 The Auto-5, although revolutionary for its time, has become very popular with sportsmen.


Browning (U.S.) Auto 5 Semi-automatic Tube-Magazine Shotgun (repeater/ breech-loading/ smokeless powder/ shot ammunition)  In 1905 John M. Browning produced a revolutionary autoloading shotgun.  Although Browning had been the principal designer for Winchester Arms for many years, this new shotgun caused a break between him and Winchester because the arm was not traditional.

However, these were not traditional times, and the prolific inventor took his new shotgun to Europe for early production.  Browning first produced his shotgun at Fabrique Nationale (in Belgium), and later at Remington, and finally at his own Browning Arms Company.  It has been very popular.  Copied all over the world, it introduced a semi-automatic system whereby a shooter could fire five rounds simply by pulling the trigger five times.  For bird hunters, this is a distinct advantage because the hunter's eye does not lose its target while the gun is being reloaded.    - Dr. William L. Roberts, THE AMERICAN LIBERTY COLLECTION; #119