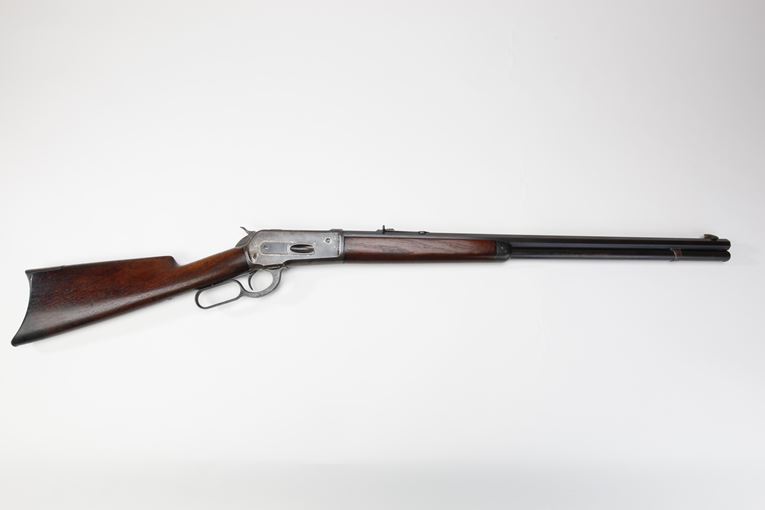 This Browning-designed lever-action rifle was capable of chambering big-game cartridges, including the .50-110 Express. SN 41390


Winchester (U.S.) Model 1886 Lever-Action Tube-Magazine Rifle (repeater/ breech-loading/ black powder/ cartridge ammunition) The Model 1886 differed from previous Winchester designs. John M. and Matthew S. Browning designed it to chamber big-game calibers, much to the pleasure of American hunters. Included among its boosters were Theodore Roosevelt, who liked to hunt the big ones." During this period, the U.S. was on the verge of becoming an empire builder and fervently wanted to become a world power. The Model 1886 symbolized a readiness in the nation to take on larger game." --Dr. William L. Roberts, THE AMERICAN LIBERTY COLLECTION; #105