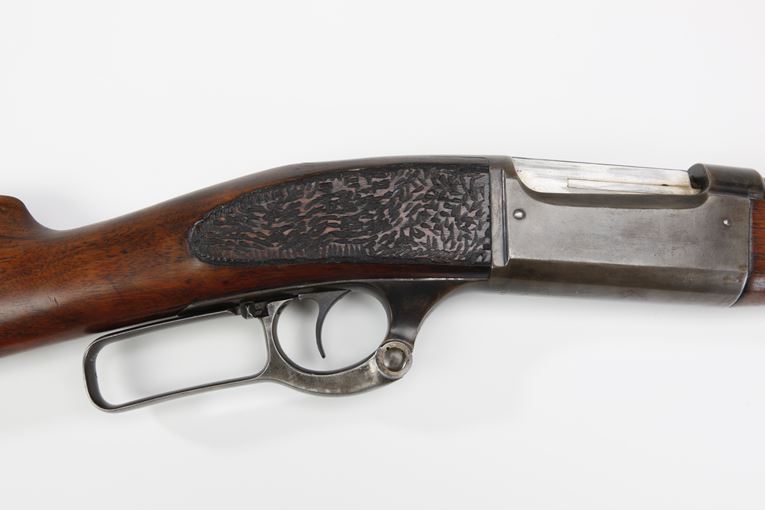 The Savage military rifle was submitted to the Army's 1892 Ordnance trials, where it was rejected in favor of the bolt-action Krag-Jorgensen rifle. Savage turned his efforts to his civilian sporter design, which became the Model 1895 Savage rifle. The Savage Repeating Arms Company was formed in Utica in April 1894, and was reorganized as the Savage Arms Company in 1897, with Arthur Savage serving as general manager. The Model 1895 rifle was produced by John Marlin, and .303 Savage ammunition was manufactured by Union Metallic Cartridge. In 1899, Arthur Savage received a patent for an improved cocking indicator, and this feature became standard in the Model 1899 Savage Rifle.

The Model 99 is still manufactured today in a variety of calibers and features, with production totals of more than one million. Significantly, no major changes have been made to Arthur Savage's original design. Early in the 20th century, Savage Arms diversified its product line with the introduction of the Model 1907 Auto Pistol. This .32 caliber handgun was based on the design of Elbert H. Searles and went on to enjoy great success, thanks in part to endorsements from well-known shooters such as "Buffalo Bill" Cody, "Bat" Masterson, and detectives William A. Pinkerton and William T. Burns. A .45 caliber version competed unsuccessfully against Colt's .45 auto pistol in U.S. Army trials. During this period, Savage also introduced a pump-action rifle and a single-shot bolt-action rifle, both in .22 caliber.

These two longarms were Arthur Savage's last firearms designs. Arthur Savage continued as the firm's general manager until 1915, when Savage Arms Co. was sold to Driggs-Seabury Corporation. In 1917, the company's name was changed to Savage Arms Corporation. During the First World War, Savage's manufacturing facilities were turned to the manufacture of Lewis machine guns, and the production of civilian sporting arms was resumed in 1919. Arthur Savage retired to San Diego, California, where he became the first manufacturer of automobile tires west of the Mississippi River. Savage Arms relocated to Chicopee Falls, Massachusetts in 1946 and began a close association with J. Stevens Arms Co.

Savage later became a division of American Hardware Corporation until it was sold by its parent company in 1981. Since 1989, the firm has been known as Savage Arms Incorporated. In addition to the Model 99, Savage's product line includes a variety of inexpensive rifles and shotguns.