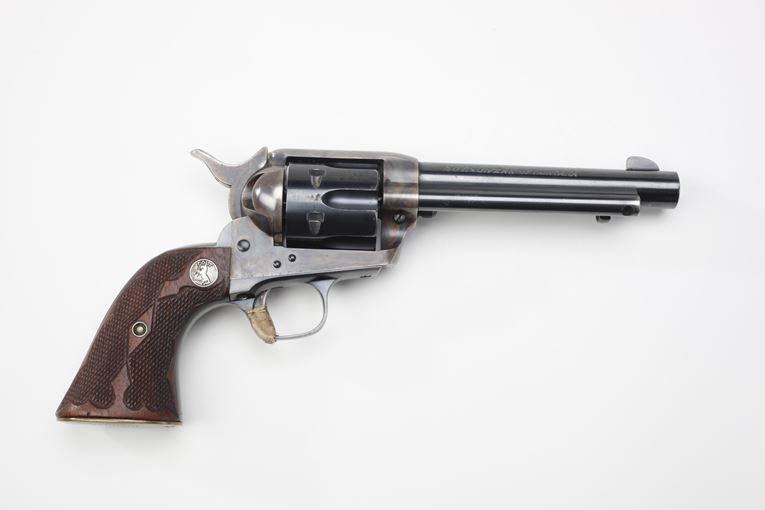 S/N 354507 Butt plate engraving is as follows: "Fanning Shots on Playing Card 1 - Second 1 1/5 - Second 1 3/10 - Second 1 2/5 - Second" Stumpy, barrel-shaped, 5-foot 5 and a sign painter by vocation, Ed McGivern probably wouldn't be your first pick as "the fastest gun in the world." But he was just that in the period between the two World Wars, traveling across America demonstrating his "fast and fancy" style of shooting with one and two handguns. McGivern, born in 1874 and fascinated by guns from an early age, taught himself to shoot. Although he at first used semi-automatic pistols he soon found he could achieve a faster rate of fire with a factory standard double-action revolver. Ultra-skilled muscles and reflexes proved speedier than recoil operated mechanisms.