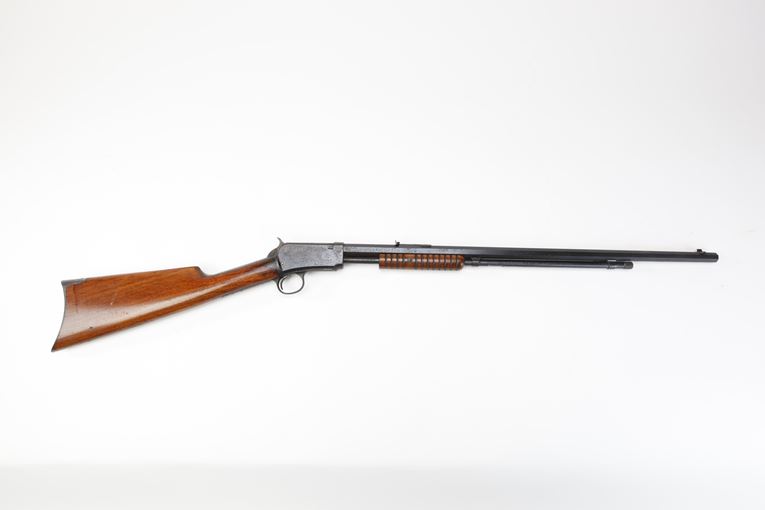 The Model 1890 was a departure from Winchester's traditional lever action. This example was made in 1909. The last receiver was produced in 1932 although guns continued to ba assembled from parts through 1941. SN 373682/A