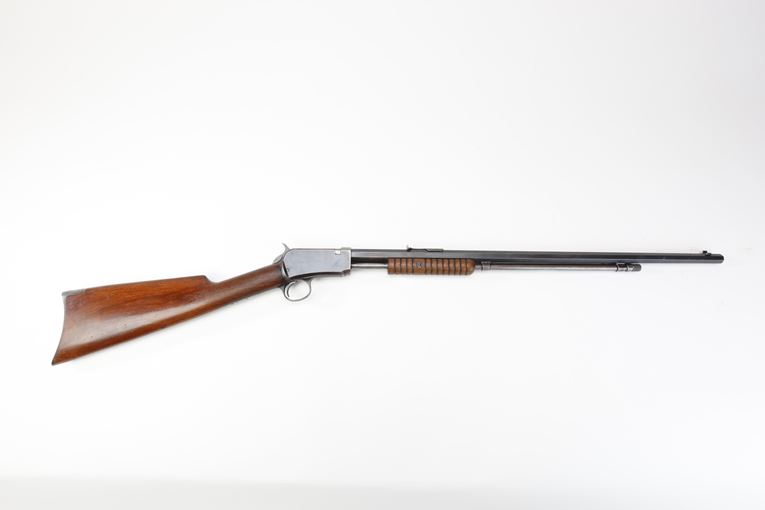 This small take-down repeater was popular in the hands of young hunters. SN 575234A


1890 Winchester (U.S.) Slide-Action Tube Magazine Rifle (repeater/ breech-loader/ black & smokeless powder/ cartridge ammunition) This little Winchester rifle is made so that it can be taken down at the breech and carried in two pieces. It fires a .22 caliber WRF cartridge. Generally called 'the boy's rifle,' it probably served girls as well.

Used for hunting, these small repeaters helped gather small game such as squirrels and rabbits, which represented moving targets that sometimes took more than one shot to hit. Even so, in the heyday of this gun, ammunition was expensive, and good hunters tried to make one shot sufficient as a cost saving measure. For many young people of this era, one shot was enough. --Dr. William L. Roberts, THE AMERICAN LIBERTY COLLECTION; #196