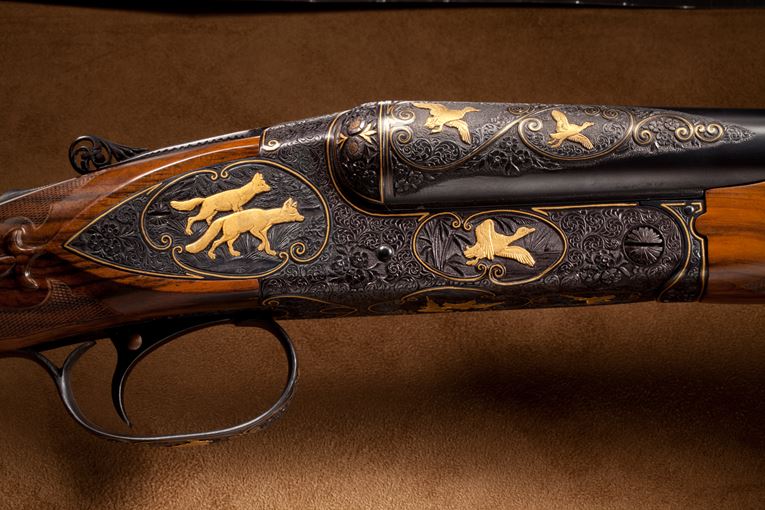 Model 21 was "the last American classic." Winchester was struggling to keep up after WWI, and making a double barrel shotgun instead of a repeated seemed foolhardy at the time.  Designed by Thomas Crossley Johnson, William Roehmer and George Lewis. Model 21 might have failed to sell except that John Merrill Olin took interest; in December 1931, he purchased Winchester for $8.1 million. Olin was already a successful manufacturer of powder and brass, family owned the Western Cartridge Company. He expanded production and promotion of the Model 21, and (not simply with this gun) turned Winchester's fortunes around. Mechanics of Model 21 remained largely the same, although in 1934 Olin met Frank Parker and had Parke redesign the buttstock.