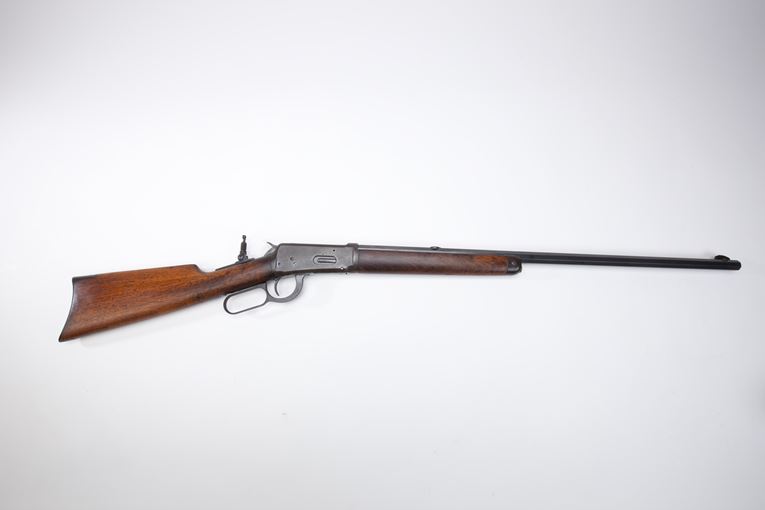 The .30-30 was the Model 1894's most popular caliber for more than a century; over 80% of those manufactured are in this chambering. This caliber is a world standard, and .30-30 ammunition is often available when other cartridges are not. Winchester 94s in .30-30s are synonomous with the term "deer rifle" in the minds of many hunters. This 1913-dated example, originally priced at $26.50, features an octagonal barrel, crescent butt, half magazine, and tang sight.