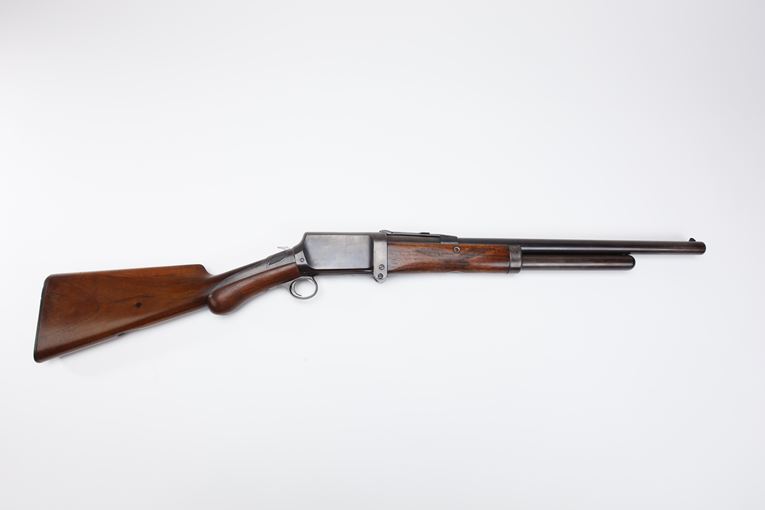 An innnovative shotgun, the Burgess Folding Gun was the choice for bank messengers or prison guards who needed a compact arm that could be carried in a belt holster. SN 3056


In 1895, an armed man is said to have entered Theodore Roosevelt's office and fired six times before the startled future President could protest. "T.R." was then President of New York City's Board of Police Commissioners. The intruder was a zealous gun salesman named Charlie Damon. In spectacular fashion, Damon was demonstrating the advantages of a recently introduced police shotgun made by the Burgess Gun Company. He hoped to see its adoption by the New York City Police Department. Thoughtfully, he had used only blank shells.